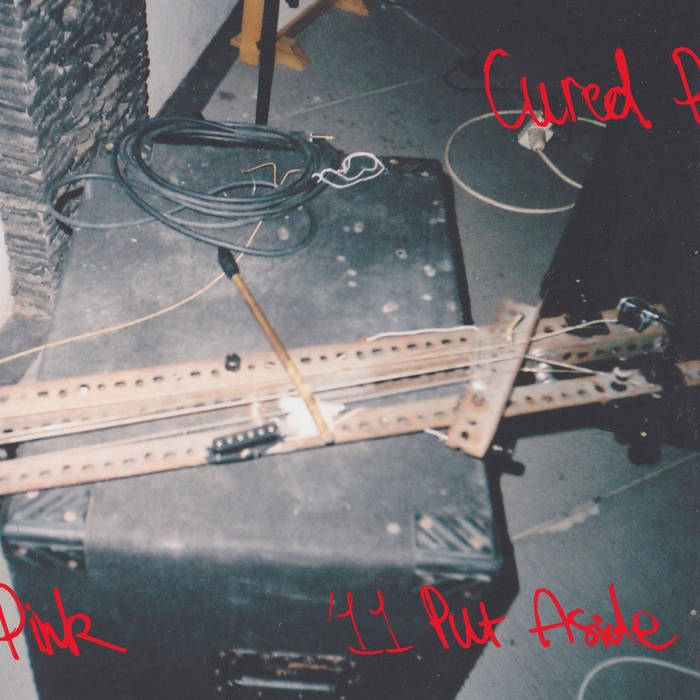 Released November 2014 on Another Dark Age.

The second release via Another Dark Age is a solo EP from Brisbane-based project, Cured Pink.

'11 Put Aside was compiled from Andrew McLellan’s solo work as Cured Pink, and is a critical precursor to the project’s current incarnation as a four-piece band.

On ’11 Put Aside, Cured Pink channels an anxious energy reminiscent of Cromagnon’s LP for ESP Disk (1969) and shoves it onto the dancefloor.

With only a handful of releases Cured Pink can lay claim to a specific Australian sound that references the gamut of avant-rock, dance music and power electronics. But more than this, ’11 Put Aside is a singular piece of the puzzle that makes up Brisbane’s unhinged and isolated scene.

B2 features Rully Shabara on drums and a field recording by Peter Bramley.

Back cover photograph by Nicola Morton.

Not a strictly musical project.

Bandcamp Daily  your guide to the world of Bandcamp